I have received word from a Free Stater renting a room in Weare whose situation will be ending June 1st (the owner is selling the house).

He is of limited means and is seeking a room to rent. It does not have to be in the Weare area.

If you know of a place, please get in touch with him.

As the New Hong Kong Buffet is not seating customers for dining, we’ll need to cancel this months meet-up. 8~(

We’ll see what is happening (or not) next month. Safe safe and wash your hands! 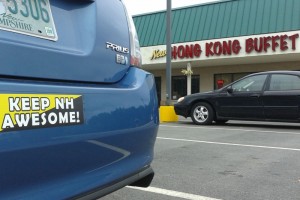 Members of the New Hampshire Liberty Alliance (if you’re reading this, you should be a member) are invited to attend a free training session from 2:00 to 5:00 after the meeting. NHLA reviews bills each year that are introduced in the legislative session. It’s a huge job and you can help. Come learn how the system works.

One of the best tools for digging through all those bills is GenCourtMobile.com. The great creator of that tool will be presenting the ins and outs of its use. The basics are super simple and tremendously useful. There is much more available and he’ll guide you to getting even more out of it.

Space is limited for the training so DO let us know you are coming. E-mail mike@lakesregionporcupines.com or hit the Facebook event.

This month, we’re meeting at Patrick’s in Gilford (as an experiment). Folks who are helping to sort will meet at Deb’s at 9:00. We’ll do our lunch at 12:00. Then we’ll do the non-Santa deliveries afterwards. (Santa & Glen (and maybe Santa’s elf) will do their thing on Sunday afternoon at 1:00.) 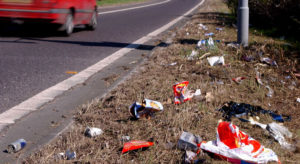 This will be our last pickup of the year. Bring your gloves, and if you have them, reachers, and a safety vest. Mike’s got bags, extra reachers, and vest. 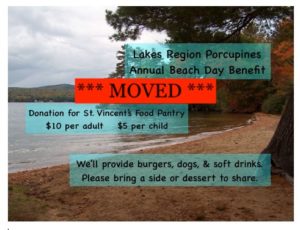 If you’re planning to attend, please leave a comment with the number of adults and children in your party. Also note what side dish or dessert you plan to bring.

Move to a not so secret location 🙂 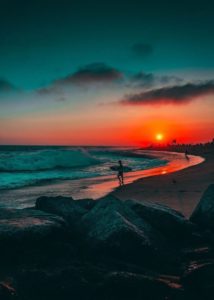 Well, you’re probably saying “It’s about time for someone to announce this year’s Beach Day”. Here ya go.

We can have a mini-meeting after our regular June 15th meeting to discuss details and what people would like to bring.

NOTE: This will replace our July luncheon/meeting! If you want Chinese food, you’ll have to bring your own.

Soooo, we’re looking to pick a date for Beach Day. The location will be in Wolfeboro at a member’s home (on a lake).

Come to Shooters in Belmont at 8:00 AM on April 7th at 8:00 AM if you want to join us for breakfast. If not, we hit the road at 9:00 AM. Bring gloves, a high-visibility vest, and a “reacher” if you have one (Mike has extras). Mike has bags. Dress for the weather. 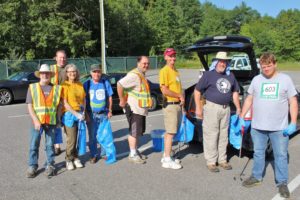 I mentioned in the last piece the jeweler whose daily carry pistol was so dirty it wouldn’t fire. So, let’s talk about cleaning. (Nooooooo!)

A firearm is a tool, a relatively simple machine, that should be maintained so as not to inhibit adequate function. I know of a police officer who doesn’t clean: he just keeps adding lube. (I had trouble breathing when he said that.)

The photo is of a Ruger LCP that I pocket carry around the house. It isn’t a stretch to see where the lint could continue to build up and mix with the lube, gumming up the action.

I recently bought a used revolver online. I asked the seller about function. He replied that everything worked as it should. I found that the cylinder was actually very hard to turn. When I got it home, I stripped the cylinder and found years-worth of dirt inside.

Adequate cleaning can be accomplished with a simple kit of basic equipment. A cleaning rod, correctly-sized jag tip, bronze brush, and patches, an old toothbrush, and an appropriate cleaner and lubricant.

You can get a long flexible device (e.g., Bore Snake) for the barrel and you can get a combination cleaner & lube. I’m not a fan of either. I like to see that parts are clean and then lube. With the “snake”, I can’t see that I’ve gotten the barrel clean, as the ones I’ve seen are dark-colored.

I admit to being somewhat obsessive and mildly compulsive, so typically clean after I shoot (unless I’ll be shooting that gun again in a couple of days). I prefer to store guns in a clean state, so I don’t have to deal with the build-up and thickening of dirt and oil and stuff. Or worse: RUST! That aforementioned had rust on the internal action. I’m guessing that the revolver had gotten wet and the owner never cleaned (or looked) inside.

A helpful tip to reduce gumming is to not overdo it with the lubricant. If lube is dripping out of the action, you probably used too much. I like to treat the contact and pivot points and I also use a patch to put a very light coat inside the barrel.

That’s it for today. Again, I’m open to topics, so leave them in the comments section.

“Happiness is a clean gun.” (Apologies to John Lennon.)